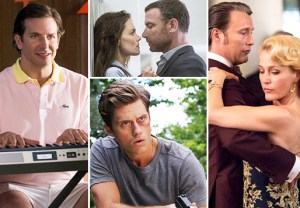 Forget about the sunblock, beach umbrella and that big, floppy hat — TVLine’s Summer TV preview is a far better (and much more fun) SPF than any of those, combined.

After all, it’s hard for the sun to scorch you when you’re indoors bingeing Orange Is the New Black, right?

And while a few of the shows in our gallery have already premiered — including Fox’s Mary Murphy-less So You Think You Can Dance and ABC’s The Bachelorette — there are literally dozens still on the way.

From returning favorites like MTV’s Teen Wolf and NBC’s Hannibal to must-see newbies like Lifetime’s UnREAL and Netflix’s Wet Hot American Summer prequel series, TVLine has curated a handy guide to ensure you venture outside as little as possible in the coming months.

Browse our gallery of select summer shows below, then drop a comment: What will you be watching in the coming months? Any major shows we missed?