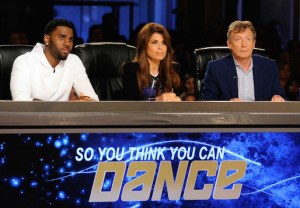 Fox’s So You Think You Can Dance opened its rejiggered Season 11 on Monday night with 3.9 million total viewers and a 1.2 demo rating.

That’s down 23 and 37 percent from its previous premiere and off 11 and 14 percent from the Season 10 finale.

Now opening the night on ABC, The Bachelorette (6.5 mil/1.9) surged 20 percent. The Whispers’ debut retained 5.7 mil and a 1.5, up 30 and 25 percent from Mistresses‘ year-ago premiere and giving ABC its top-rated scripted summer launch in nearly five years (since Rookie Blue circa June 2010).

TVLine readers gave The Whispers an average grade of “B.”