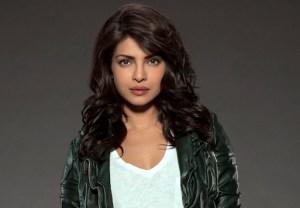 Quantico had originally been booked for the Tuesdays-at-10 time slot — for years now a tough nut to crack for ABC.

Of Kings and Prophets, the “epic Biblical saga” that was to fill the Sunday time slot, instead will undergo some recasting, our sister site Deadline reports, and thus be held for a later debut. The cast as announced at the May Upfronts included Ray Winstone, Simone Kessell, Maisie Richardson-Sellers, Oliver Rix, Mohammad Bakri, James Floyd, Haaz Sleiman and Tomer Kapon.

Quantico — which also stars Aunjanue Ellis (NCIS: Los Angeles), , Jake McLaughlin (Believe), Tate Ellington, Yasmine Al Massri, Johanna Braddy and Graham Rogers — follows a diverse group of recruits at the FBI training base, the twist being that one of them is suspected of masterminding the biggest attack on New York City since 9/11.