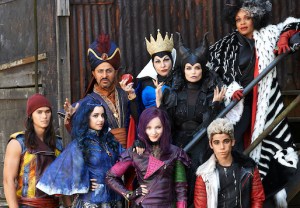 The theme this July on Disney Channel is “offspring and offshoots.”

The network announced on Monday that its live-action movie Descendants and the Jessie spinoff Bunk’d will both debut Friday, July 31.

Kicking things off at 8/7c is Descendants, which centers on the teenage sons and daughters of the most infamous Disney villains. Directed and choreographed by Kenny Ortega (High School Musical), the movie stars Kristin Chenoweth and Dove Cameron (Liv & Maddie) as Maleficent and her daughter Mal; Maz Jobrani and Booboo Stewart (X-Men: Days of Future Past) as Jafar and his son Jay; Wendy Raquel Robinson and Cameron Boyce (Jessie) as Cruella and her son Carlos; and Kathy Najimy and newcomer Sofia Carson as the Evil Queen and her daughter Evie. Watch a new trailer below. 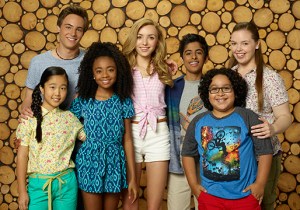 Looking forward to Descendants and Bunk’d? Hit the comments!