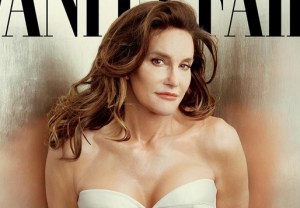 Bruce Jenner‘s transition into a woman is set to be documented in its own E! reality series, but you won’t have to wait for the show’s July 26 premiere for your first look at Caitlyn Jenner, formerly referred to simply as “her.”

The subject of E!’s still-untitled show appears for the first time as Caitlyn on the July 2015 cover of Vanity Fair, shot by iconic photographer Annie Leibovitz.

“If I was lying on my deathbed and I had kept this secret and never ever did anything about it, I would be lying there saying, ‘You just blew your entire life,'” Jenner tells the mag.

See the VF cover in full below:

Jenner also tweeted from her newly minted handle, following the release of the cover:

I'm so happy after such a long struggle to be living my true self. Welcome to the world Caitlyn. Can't wait for you to get to know her/me.

Jenner first publicly addressed the transformation during a sit-down interview with Diane Sawyer, which attracted more than 17 million viewers. This was followed by a two-part Keeping Up With the Kardashians special, titled “About Bruce.”