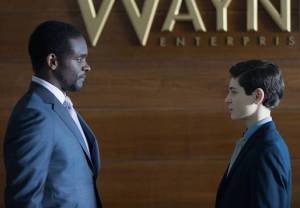 The man who led Gotham‘s young Bruce Wayne to that batty cave will be sticking around for the aftermath.

TVLine has learned exclusively that Homeland and Newsroom vet Chris Chalk, who toward the very end of Gotham‘s freshman run made his debut as Wayne Enterprises junior exec Lucius Fox, has been promoted to series regular for Season 2.

Currently the shady conglomerate’s resident tech genius, Fox of course is fated to become the president and CEO of Wayne Enterprises, as an adult Bruce evolves into Batman.

Having already slipped Bruce the clue that led the lad to his father’s secret subterranean chamber in the season finale, Lucius “becomes another person who’s going to help Bruce on his journey to find out what happened to his parents and what his parents were doing, and also his journey to manhood and Batman-hood,” EP John Stephens told TVLine. “[Adult Bruce is] like a science genius, and some of that’s going to come from Lucius Fox.”

Chalk’s promotion comes on the heels of both Morena Baccarin and Nicholas D’Agosto also being upped to series regulars for Season 2, as Dr. Leslie Thompkins and Harvey Dent. His previous TV credits also include Sons of Anarchy and Justified. 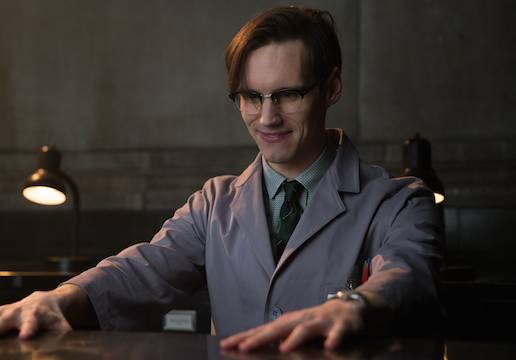