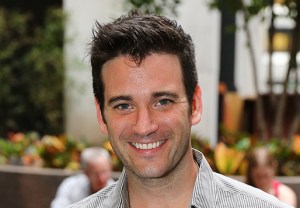 Colin Donnell, who played Tommy Merlyn on the CW series, has joined NBC’s Chicago Fire spinoff in a series-regular role.

Not much is known about Donnell’s character just yet, since work on the midseason series is only beginning, but Deadline reports he will likely play a doctor, possibly in pediatrics.

The actor also appeared on Season 1 of Showtime’s The Affair and recently guest-starred on The Mysteries of Laura and Person of Interest.