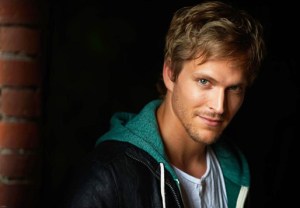 The boys and girls of ABC Family’s Shadowhunters are about to get schooled.

Jon Cor (Being Human) has been cast as weapons trainer Hodge Starkweather, the network announced Thursday.

Hodge was portrayed in the 2013 Mortal Instruments film by Jared Harris.

Shadowhunters will premiere sometime in 2016.

Your thoughts on Cor’s casting? Drop ’em in a comment below.