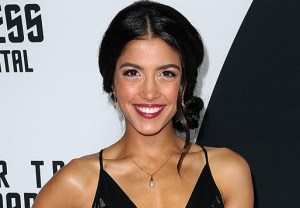 She will recur on NBC’s upcoming revival series as Farah, a secretive woman who is “militant, tough and stoic,” our sister site Deadline reports.

Airing Thursdays this fall, Reborn is a continuation of NBC’s superhero drama Heroes, which originally ran for four seasons from 2006 to 2010.

Contractor’s TV credits also include 24 and Revenge, as well as recent guest spots on Scorpion, Castle and Stalker.