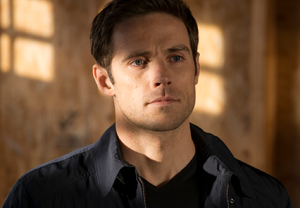 Don’t worry, Orphan Black fans: Dylan Bruce is about to be Reborn.

The actor will recur on NBC’s upcoming Heroes Reborn revival. (And if you don’t want to know what became of OB‘s Paul, don’t read the last paragraph of this story.)

The Peacock network isn’t releasing any details about Bruce’s character, our sister site Deadline reports, but the actor will recur in the event series, which will air Thursdays this fall.