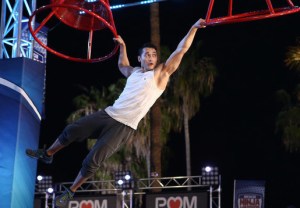 The season opener of NBC’s American Ninja Warrior on Memorial Day drew 5.9 million total viewers and a 1.8 demo rating, leading the night in both measures and up 16 percent and two tenths from its previous opener.

Versus its September finale, ANW added a few eyeballs while steady in the demo.

Leading out of that, The Island retained 4 mil and a 1.2, placing third and second (behind an NCIS: LA rerun) in the time slot.

Over on ABC, 500 Questions (5.2 mil/1.1) scored its largest audience yet and its second-highest demo number, up 30 and 38 percent from its Friday installment. The Bachelorette (5.3 mil/1.6) dropped 25 percent from its premiere but matched last year’s Memorial Day rating.