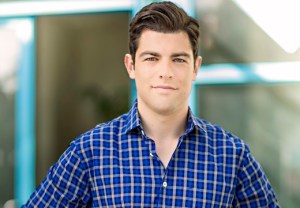 It’s not clear how many episodes Greenfield will appear in, but Murphy’s ominous tweet hints at an untimely end for his character.

This October, Max Greenfield (like you’ve never seen him) is checking in to the hotel….but not checking out. #AHSHotel

Production on AHS: Hotel will begin in Los Angeles this summer, with a debut slated for October.