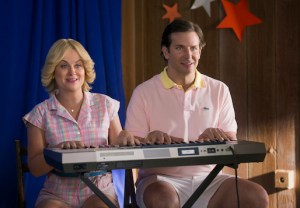 Just in time for Memorial Day weekend, here’s a Wet Hot American kick-off to your summer.

Netflix on Friday released the first images from its prequel to the 2001 cult comedy film, and Camp Firewood is definitely open for the season.

Per Netflix, its forthcoming First Day of Camp 8-episode series will bring us the opening of the camp’s “famous summer season, now 14 years after the film’s debut.”

The series premieres Friday, July 31. Until then, click through the pics below for a high dose of camp.