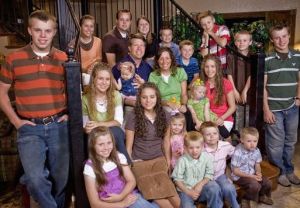 Pressure is mounting on TLC to cancel 19 Kids and Counting in the wake of eldest son Josh Duggar’s acknowledgement that he sexually molested underage girls — including, allegedly, some of his sisters — when he was a teenager. (UPDATE: TLC has pulled 19 Kids and Counting from its schedule, effective immediately.)

“Twelve years ago, as a young teenager, I acted inexcusably, for which I am extremely sorry and deeply regret,” the now-27-year-old said in a statement. “I hurt others, including my family and close friends.

“We spoke with the authorities where I confessed my wrongdoing, and my parents arranged for me and those affected by my actions to receive counseling,” he added. “I understood that if I continued down this wrong road that I would end up ruining my life.”

The cable net has been down a similar road before, having axed Here Comes Honey Boo Boo in June following reports that Mama June was dating a convicted child molester.