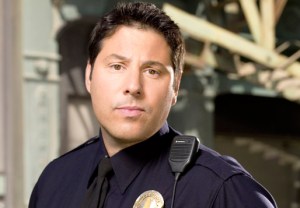 Another original hero is being Reborn this fall.

Greg Grunberg, who played telepathic detective Matt Parkman in the original Heroes, will have a guest arc in NBC’s revival series Heroes Reborn, according to Entertainment Weekly.

Airing Thursdays this fall, Reborn is a continuation of NBC’s superhero drama, which originally ran for four seasons from 2006 to 2010.

In addition to Grunberg reprising his Heroes role, Jack Coleman will be back as Noah Bennet, Masi Oka will return as Hiro Nakamura and Jimmy Jean-Louis will once again play the mind-erasing Haitian. New cast members include Zachary Levi (Chuck), Ryan Guzman (Pretty Little Liars) and Robbie Kay (Once Upon a Time).

Levi shared the first cast photo — unofficial, of course — on Twitter back in November:

Does news of Grunberg’s return please you? Drop a comment with your thoughts below.