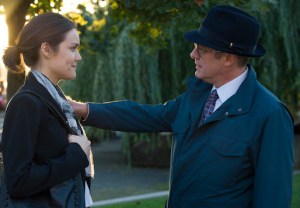 For a second consecutive year, NBC has come away with the demo win for the 2014-15 TV season — despite slipping from its previous average. CBS meanwhile retained bragging rights as “America’s most watched network.”

Rounding out the broadcasters, ABC (averaging a 2.2) was the only network to improve its demo number, Fox (1.9) dropped 24 percent and The CW (0.8) was steady.

Among NBC’s shiniest trophies: Sunday Night Football was broadcast’s No. 1 primetime program, The Voice was the top-rated unscripted offering, Law & Order: SVU averaged its largest audience in four years and The Blacklist — despite slipping in its move away from Monday — improved NBC’s Thursdays-at-9 time slot by 160 percent.

In addition to being the only Big 4 network up in 18-49, ABC topped that demo if you subtract out sports (edging out CBS, 2.2 vs. 2.1). The Alphabet network also had four shows in the Top 10 (Modern Family, Scandal, How to Get Away With Murder and Grey’s Anatomy), and the top four dramas (folding in Once Upon a Time). ABC’s #TGIF line-up improved its Thursday numbers by 19 percent, while Wednesday’s two-hour comedy block rose 19 percent in the demo to a 3-year high.

Fox boasts the Big 4’s No. 1-rated series in freshman megahit Empire, which unseated The Big Bang Theory to claim that honor. Also, MasterChef Junior stands as the only reality series to grow year-over-year, while Brooklyn Nine-Nine was one of only three sophomore comedies to grow.