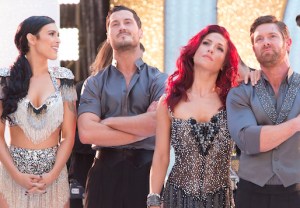 ABC’s Dancing With the Stars wrapped its milestone 20th season on Tuesday night with 13.3 million total viewers and a 2.3 rating, down 23 percent in the demo vs. its previous finale, and dipping one tenth year-over-year.

Opening ABC’s night, The Bachelorette (7 mil/1.9) was down two tenths from its Monday premiere.