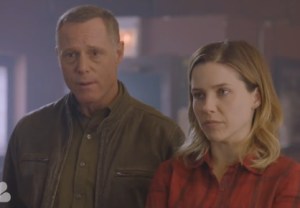 Chicago P.D. is introducing an officer of the law who, believe it or not, makes Voight look like a Boy Scout.

In the following exclusive video, Voight and Lindsay team with Davidson’s Sgt. Roland on a mission to rob some drug dealers. But just because they need to keep their cover doesn’t mean the head of Intelligence is happy about the younger, more violent version of himself encroaching on his turf.

Press PLAY to watch the sneak peek, then hit the comments with your thoughts on the face-off.