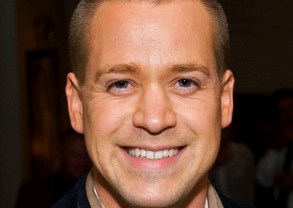 Grey’s Anatomy‘s T.R. Knight has made a date with 11/22/63, Hulu’s forthcoming event series from J.J. Abrams and Stephen King and starring James Franco, TVLine has learned.

Based on King’s best-selling novel, 11/22/63 follows Franco’s Jake Epping, a high school English teacher who travels back in time to try to prevent the assassination of President John F. Kennedy. He finds his mission threatened by love, the infamous Lee Harvey Oswald (Aussie actor Daniel Webber), and the past itself which does not want to be changed.

Knight will play the recurring role of Johnny Clayton, a salesman in 1960s Texas who can’t quite break up with his estranged wife Sadie Dunhill (Being Erica‘s Sarah Gadon), even as she falls in love with Jake. Charismatic but controlling, Johnny confronts Jake in a tense encounter that puts Jake’s double life at risk. But there’s equal danger in what will happen if Jake and Sadie expose Johnny’s own secrets.

Knight’s post-Grey’s TV work has included an arc on The Good Wife and a starring role in the ill-fated Amazon pilot Hysteria.