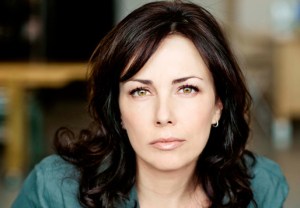 The role, played by Game of Thrones‘ Lena Headey in the 2013 Mortal Instruments movie, is a pivotal one, as Jocelyn’s kidnapping sets Clary’s entire destiny into motion.

Very beautiful, warm, protective and bold, Jocelyn Fray is Clary’s mother. On the surface, Jocelyn leads a normal life running an antiquities store. We will learn, however, that she harbors many secrets about a past life, particularly her ties to an ancient group of supernatural beings known as Shadowhunters. In order to defend Clary from danger, Jocelyn transforms from single mom back into one of the most lethal Shadowhunters that ever lived.

–
For those not quite up to speed, Shadowhunters — premiering sometime in 2016 — follows Clary, a human-angel hybrid who forms a band of supernatural misfits with whom she hunts demons.

Your thoughts on Roy’s casting? Drop ’em in a comment below.