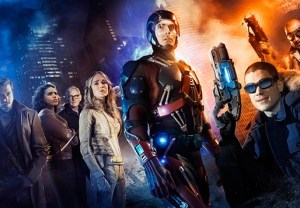 The CW on Thursday announced its fall 2015 schedule and offered sneak peeks of its new series, including Arrow/Flash spinoff Legends of Tomorrow and Julie Plec’s outbreak drama Containment (fka Cordon).

Your thoughts on The CW’s new offerings? Hit the comments section below with your reviews of the trailers.