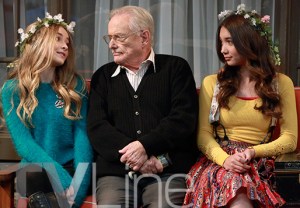 When George Feeny bid his favorite students adieu at the end of Boy Meets World‘s seven-season run, he probably never imagined he’d one day be tormented by their offspring — and in his own home, no less!

Like it or not, that’s exactly what’s happening in TVLine’s exclusive shots from Thursday’s Girl Meets World (Disney Channel, 8:30/7:30c), which finds Cory, Topanga, Shawn, Riley and Maya making a pilgrimage to Feeny’s house in Philadelphia.

In the episode, titled “Girl Meets Pluto,” the original BMW-ers return to their childhood stomping grounds to dig up a 15-year-old time capsule, inspiring the next generation to bury one of its own.

Check out our first-look photos from tonight’s episode (one above, one below) and drop a comment with your thoughts on GMW‘s second season. 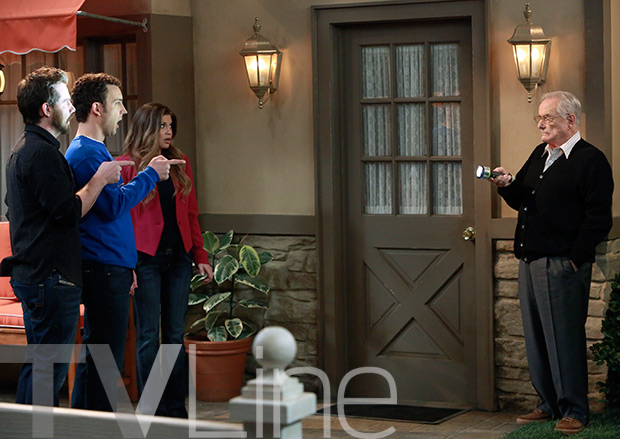