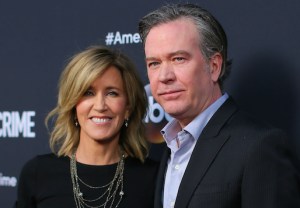 The more things change for American Crime, the more they stay the same.

Felicity Huffman and Timothy Hutton, who have starred in the ABC drama’s first season, will return for its sophomore run, our sister site Deadline reports.

Network president Paul Lee said earlier this week that the second season would be a “complete reset,” with a new crime taking place in a different part of America. To that end, any returning cast members will play “very specific new roles.”

In Season 1, Huffman and Hutton played Barb Hanlon and Russ Skokie, the grieving parents of a murdered war veteran. Huffman recently received a Critics’ Choice nomination for her work in the rookie series.

Happy to hear that Huffman and Hutton will be back? Hit the comments.