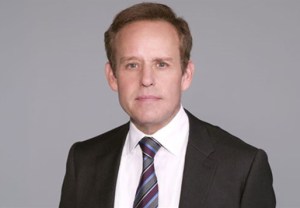 Peter MacNicol is signing off from CSI: Cyber.

The actor, who plays FBI Assistant Deputy Director Simon Sifter on the CBS procedural, will not return for its sophomore run.

Though details of MacNicol’s departure are unclear, our sister site Deadline attributes his exit to creative reasons.

As TVLine previously reported, CSI star Ted Danson will bring his character, D.B. Russell, to the Cyber spinoff this fall.

As for the mothership series, it will wrap its 15-year run with a special movie event on Sunday, Sept. 27, which will include original cast members William Petersen and Marg Helgenberger.

Your thoughts on MacNicol’s exit? Drop ’em in the comments section below.