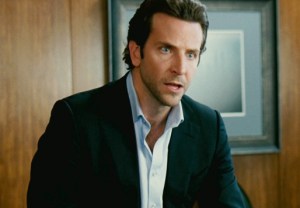 Bradley Cooper is giving CBS viewers one more (very good) reason to check out the series adaptation of his 2011 movie Limitless when it premieres this fall: himself!

Cooper, who also serves as an executive producer, will recur as a sidekick to Jake McDorman’s character. Cooper, reprising his role from the film, first appears in the pilot and will continue to do so depending on the A-lister’s availability moving forward. Cooper and McDorman previously worked together in the 2014 film American Sniper.

Picking up after the events of the movie, CBS’ Limitless follows a man (McDorman) who with the help of the experimental drug NZT is able to access 100 percent of his mind.

But is Cooper’s on-screen involvement enough to earn Limitless a spot on your DVR? Drop a comment with your thoughts on his casting below.