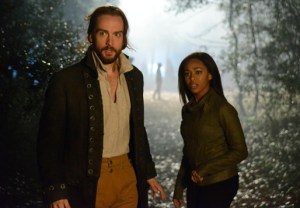 Fox is the latest broadcaster to unveil its schedule for the 2015-16 TV season, and herewith are the major headlines: Ryan Murphy’s comedic horror anthology Scream Queens will anchor an all-new Tuesday lineup, Sleepy Hollow is on the move to Thursdays at 9/8c after Bones, and the new Morris Chestnut procedural Rosewood will lead into Empire on Wednesdays.

Also of note: The six-episode X-Files revival will bow Sunday, Jan. 24 following the NFC Championship Game, before settling into its regular Mondays-at-8 perch the following night. New Girl is also being held until January, where it will air Tuesdays at 9 (after Scream Queens ends) and enjoy what Fox calls “its first-ever season of virtually uninterrupted originals.”

Joining X-Files and New Girl at midseason are the Grim Reaper-themed Lucifer (which will get a launch out of X-Files), the modern-day Lookinglass, the sitcom Guide to Surviving Life and Seth MacFarlane’s long-gestating animated comedy Bordertown. Returning reality series on the ’16 deck include Are You Smarter Than a Fifth Grader, Hell’s Kitchen, MasterChef, MasterChef Junior and So You Think You Can Dance. Grease: Live, meanwhile, will air Sunday, Jan. 31.

And as reported here, the 15th — and final — season of American Idol will also bow in January.