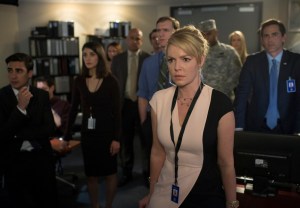 The State of Affairs is not good.

Back in January, NBC president Robert Greenblatt copped to Affairs‘ disappointing ratings, telling TVLine, “It’s a show that I think is a really fine show, so I’m scratching my head a little bit about why we can’t get more people to be there for it.”

Are you disappointed Affairs isn’t getting a Season 2?