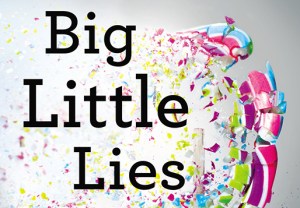 Make some room, True Detective cast: Nicole Kidman and Reese Witherspoon are the next movie stars taking over HBO.

The pay cabler has given a straight-to-series commitment to Big Little Lies, a limited series based on Liane Moriarty’s novel of the same name, Deadline reports.

David E. Kelley (Ally McBeal, The Practice, The Crazy Ones) will write and executive-produce the project, described as a subversive comedy about three mothers of kindergartners whose seemingly perfect lives unravel to the point of murder.

As TVLine previously reported, Witherspoon and Kidman will star in the series and executive-produce through their respective production companies, Pacific Standard and Blossom Films.