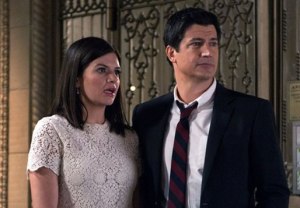 Marry Me‘s walk down the aisle has been cut short.

NBC has cancelled David Caspe’s comedy after one season, TVLine has learned.

Marry Me — which starred Casey Wilson and Ken Marino as a newly engaged couple — was benched in February to make room for Undateable‘s sophomore season.

Are you bummed there won’t be a Season 2?