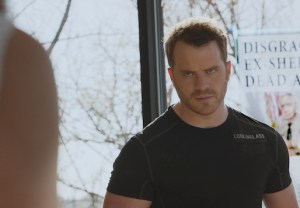 Fox has greenlit The Frankenstein Code, a modern-day retelling of the famous Gothic tale, TVLine has learned.

The drama follows Jimmy Pritchard (played by Rob Kazinsky EastEnders/True Blood), a morally corrupt retired cop who is given a second chance at life when he is brought back from the dead. Now younger and stronger, Pritchard will have to choose between his old temptations and his new sense of purpose.