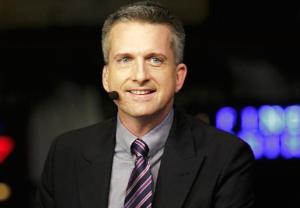 Bill Simmons’ almost 15-year run with ESPN will end this October, after the renowned analyst/columnist/podcaster failed to strike a new deal with the cable sports outlet.

“I’ve decided that I’m not going to renew his contract,” ESPN president John Skipper told the New York Times of the split with Simmons. After a year of going back-and-forth on a new deal, “it was clear we weren’t going to get to the terms,” the exec said.

“We’ve had an excellent run with Bill,” Skipper added. “It was a decision I had to make and he had to move forward.”

During his time with ESPN, Simmons’ myriad contributions included the creation of the Grantland sports and entertainment site (which Skipper maintains won’t be affected by the departure) and the shepherding of the 30 for 30 documentaries.

Simmons has yet to comment on the aborted contract talks.