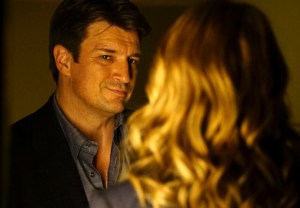 Longtime Castle scribe Terence Paul Winter has been named the ABC procedural’s new showrunner, TVLine has learned. He will preside over the freshly-ordered eighth season.

Winter replaces David Amann, who is exiting after one year on the job.

After penning a couple of Season 2 episodes, Winter joined the show as a producer in 2011, rose through the ranks, and was promoted to EP in the middle of this season. Episodes he has written include “The Blue Butterfly,” “Veritas” and “Once Upon a Time in the West.”