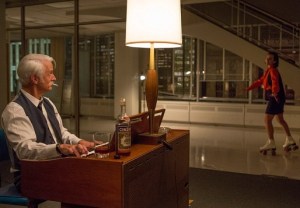 We’ve got questions, and you’ve (maybe) got answers! With another week of TV gone by, we’re lobbing queries left and right about shows including Mad Men, The Flash, Person of Interest and Nashville!

1 | If you’d had to bet on who would off Outlander‘s pesky Horrocks, wouldn’t your money have been on quick-tempered Jenny rather than her cool-headed husband Ian?

2 | Was Mad Men‘s Peggy skating around Sterling Cooper & Partners’ vacant office, while Roger played the organ, the greatest visual the show has offered this season?

3 | Though Secrets and Lies was meant to be an anthology series with only Detective Cornell returning each season, shouldn’t the show find some way of finishing off its Crawford business before moving on to a new crime? (Some of us refuse to count hints of resolution in “Cornell Confidential” as canon.)

4 | Did you feel a pang of nostalgia for the early days of The Good Wife‘s Florrick-Agos when Cary brought a box of old case files to Alicia’s apartment?

5 | First a kitten, now Brown Jenkins…. Shouldn’t the 17th-century PETA be all over Salem’s Anne by now? On an unrelated note, how divine was Lucy Lawless in Countess Marburg’s first showdown with Mary? 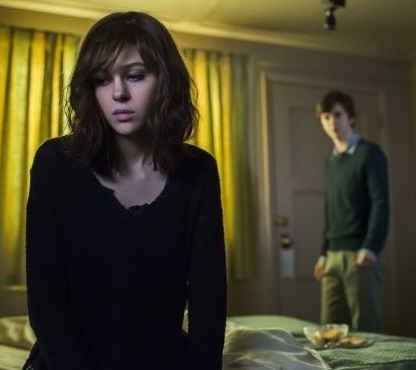 6 | Since Bradley moved far away from Bates Motel after faking her death — and was supposedly broke — why did she bother buying mousy brown hair dye? And given the creepy lighting and Vera Farmiga’s haunting delivery, wasn’t it all too obvious that Norman was talking to “Norma” and not Norma, thereby undercutting the “twist” ending?

7 | What, did Gotham‘s Fish do the head-shaving and skull-piercings on the boat ride over? Meanwhile, did Selina’s own hardcore makeover break your heart a bit?

8 | Did seeing Castle‘s Rick and Kate engage in some impetuous twirling make up for the fact that a Carly Rae Jepsen performance was shoehorned into the episode?

9 | Did NCIS‘ CGI’d “dead people” long-shot look like a cutscene from NCIS: The 16-Bit Videogame? And how did the show resist putting Dorneget in a red shirt at least once? 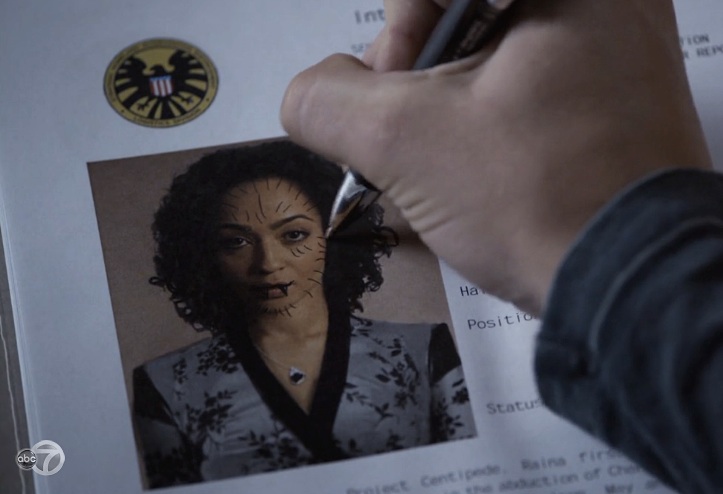 11 | Is what Avengers auteur Joss Whedon meant to indicate in recent interviews that Agents of S.H.I.E.L.D.‘s Coulson in fact is alive in the MCU, yet still believed to be dead? As for the TV show itself, did the QuinJet control tower not realize they were communicating with “two” Agent Mays? And didn’t you kinda love what Hunter was doodling?

12 | So what do we think, Forever fans: Was Henry poised to tell Jo his secret, or would he have found another way to avoid sharing the truth? (And are you surprised to realize how much you’ll miss ABC’s unfortunately inaccurately named drama?)

13 | After seeing the size of Grodd, did The Flash‘s Joe, Cisco and Barry stop to think what exactly they were trudging through there in the sewer? And who did scary gorilla better: The Flash or The 100?

14 | New Girl‘s Schmidt is going to be a giant groomzilla, isn’t he?

15 | Did Christina Aguilera essentially sabotage herself from making the Voice finale by staying neutral during Tuesday’s Twitter save, rather than begging her fans to rescue magnetic rocker (and proven iTunes commodity) Kimberly Nicole over the inconsistent (consistently low-charting) India Carney?

16 | OK, Arrow, we simply have to know: Where is Nanda Parbat?! How does everyone get there and back so quickly? (Is Malcolm actually Captain Jack?) Finally, a poll: Is The Flash‘s 2024 newspaper headline (“Wayne Tech/Queen Inc Merger Complete”) hinting that a) Oliver gets his company back, b) forms a new one or, given what Ray did this week, c) new Palmer Technologies owner Felicity becomes a Queen?

17 | Was Charlie’s death on Supernatural karmic payback for her so blatantly using a Surface?

19 | Juliette’s post-partum troubles aside, why hasn’t Nashville‘s Barkley-Barnes hired a full-time nanny yet?  Or are they trying to squeeze every penny’s worth out of poor Emily’s salary? And what was behind the creepy, outta-nowhere shade Deacon’s sis directed at Rayna in the final seconds of this week’s episode? 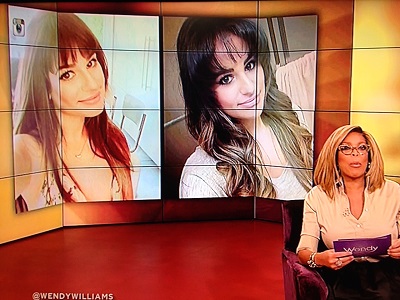 21 | Even if Grey’s Anatomy‘s Jackson doesn’t know what to make of her, how much are you loving the badass new April?

22 | We want a Scandal spinoff that centers on Jake and Russell just sitting around, drinking and doing Joe Morton impressions. Who’s with us?

23 | Who else mistook the Civil Wars song that played as Vampire Diaries‘ Jo walked down the aisle for a duet by Nashville‘s Scarlett and Gunnar? 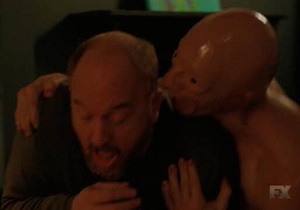 24 | Was Thursday’s nightmarish Louie enough to make you never want to sleep again?

25 | Which Big Bang Theory finale development was more far-fetched: that Flash comics superfan Sheldon has waited all season to sample the CW series, or the random decision to write in that Leonard technically cheated on Penny nearly two years ago?