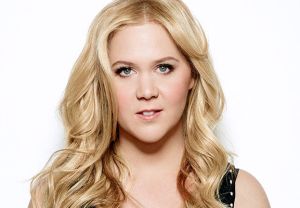 This time, Amy Schumer is getting inside HBO.

The comedienne will headline her first comedy special for the pay cabler later this year, the network announced Thursday.

Chris Rock will direct the special, which is scheduled to tape at New York City’s Apollo Theater on May 29. Schumer will write and executive-produce alongside Mike Berkowitz and Jimmy Miller (Bad Teacher).

* The Spoils Before Dying, IFC’s follow-up to last year’s The Spoils of Babylon, will premiere as a three-night comedy miniseries that will air in six half-hour installments on July 8, July 9 and July 10 at 9 pm.

* Jimmy Kimmel will air a rerun of his talk show against David Letterman’s final Late Show episode on May 20, according to The New York Times.