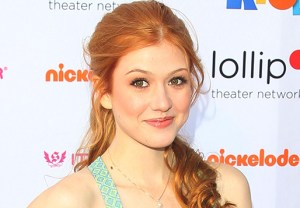 The hunt for ABC Family’s next leading lady has finally come to an end.

The network on Wednesday announced that Katherine McNamara will star as Clary Fray in Shadowhunters, the upcoming drama based on Cassandra Clare’s Mortal Instruments book series.

Clary is a young girl who discovers on her 18th birthday that she’s a Shadowhunter, a human-angel hybrid born to hunt demons. The series will follow her as she teams up with fellow Shadowhunter Jace and best friend Simon to fulfill her destiny.

Bonus: Rosende gave viewers a sneak peek at Shadowhunters’ Simon when he shot this video for ABC Family in his characters’ iconic glasses:

Your thoughts on McNamara as Clary? Drop ’em in a comment below.