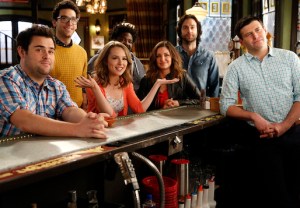 NBC’s Undateable went live Tuesday night with the help of a few friends.

In the episode, Danny and Justin vied for the attention of an attractive back-up singer in town for a local music festival. Meanwhile, Leslie and Burski worked to keep Candace away from her numbskull of an ex as Shelly and Brett competed for most likable bartender.

Like the average Undateable episode, “A Live Show Walks Into a Bar” worked less because of its plot, and more because of the interactions between characters. Unlike, say, 30 Rock going live, the change in format wasn’t nearly as jarring as the Chris D’Elia comedy has always been shot before a live studio audience. It was nonetheless an impressive feat.

Browse through our gallery of the hour’s 20 most memorable moments, then drop a line in the comments section detailing your favorite moments. And West Coast viewers, consider yourself invited to pass along any changes made for the second presentation. 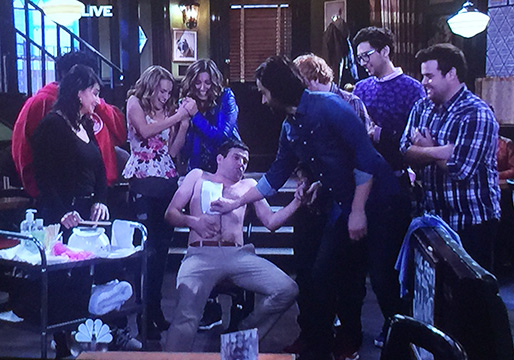