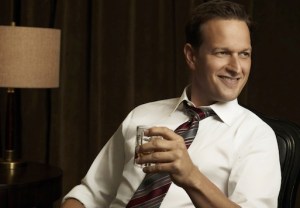 Josh Charles has Sex on the brain.

In his first dramatic TV gig since exiting The Good Wife, the in-demand actor is joining Masters of Sex‘s upcoming third season for a major arc, TVLine has learned.

Charles will play Daniel Logan, a self-made businessman working in the scent industry. In an attempt to bottle the smell of sex and market an aphrodisiac to the general public, Dan seeks out Masters and Johnson’s expertise on desire.  A charismatic salesman, Dan’s involvement with M and J  becomes complicated. Fun fact: The real-life individual on which Charles’ character is based became romantically involved with Johnson (Lizzy Caplan), but it’s unclear if art will imitate life in that respect.

Sex‘s third season (bowing Sunday, July 12 at 10/9c) jumps head to 1966 and finds Masters and Johnson dealing with the glare of the national spotlight as their sex study is finally unveiled.