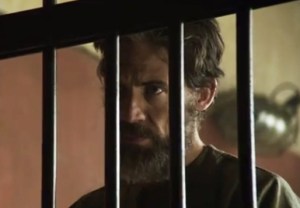 Blood is thicker than water, the old saying goes. But FX’s Tyrant would like to tweak that adage to something much more ominous: “Blood guarantees nothing.”

The cabler has released a trailer for Season 2 of its political drama, starring Adam Rayner as the son of a Middle Eastern ruler who reluctantly returns to his home country amid chaos.

Press PLAY below for a preview of the sophomore season, in which Rayner’s Bassam must suffer the consequences of planning a coup against his brother.

* Nathaniel Buzolic (The Vampire Diaries, The Originals) has joined the cast of Significant Mother, The CW’s upcoming comedy about a restauranteur (Josh Zuckerman, 90210) who learns his best friend is dating his newly separated mother. Per EW.com, Buzolic will play said best friend, Jimmy Barnes, who is described as “a carefree optimist who leads with his heart.”