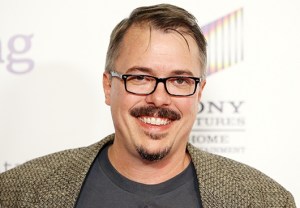 X-Files fans everywhere will be calling Saul an expletive after they hear this.

Confirming TVLine’s scoop from earlier in the week, Vince Gilligan announced in a recent Reddit Q&A that he will not be involved in Fox’s upcoming 6-episode revival. And the Emmy winner — who spent seven-plus seasons as a writer-producer on The X-Files — put the blame squarely on a certain Breaking Bad spinoff.

“Unfortunately, I won’t be writing for the reboot, because [of] my work on Better Call Saul,” he wrote of the AMC offshoot, which starts shooting Season 2 this summer. “I’m very sad to miss out, because I would love to have a hand in The X-Files reboot. The X-Files was my second favorite job ever, a close second to Breaking Bad and Better Call Saul, and I’d love to be a part of it.

Fox’s X-continuation won’t be hurting for behind-the-scenes talent though. Series creator Chris Carter is back as showrunner and, as we reported on Tuesday, celebrated X-Files writer-producers Glen Morgan and James Wong will write and direct one episode apiece.