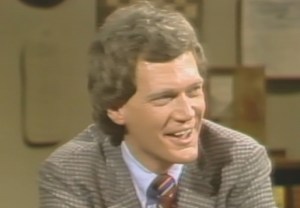 We don’t envy the editors working on David Letterman: A Life on Television, who were tasked with paring down the late-night host’s 33-year career into 90 minutes.

In a preview of the May 4 special, host Ray Romano — who owes much of his success in comedy to Letterman — offers a hint of what viewers can expect from the sendoff.

“If you have children, you should wake them up,” Romano says of the tribute, which will include some of Letterman’s most memorable interviews, Stupid Pet Tricks and Top 10 lists.

As for that infamous desktop dance from Drew Barrymore, which will (of course) be revisited? Romano warns, “Tell [your kids] to go inside and get their Cheerios.”

As previously announced, Letterman is retiring as Late Show host on Wednesday, May 20; Stephen Colbert grabs the reins on Sept. 8.

Press PLAY for a preview of the homage to Letterman, then tell us: Which Late Show moments are you hoping to see in the special?