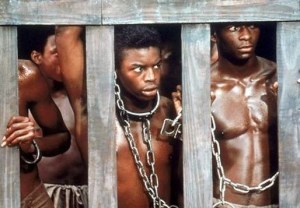 The previously announced Roots remake is mining the 1977 miniseries’ own roots, by adding original cast member LeVar Burton as a co-executive producer.

Additionally, Will Packer (Straight Outta Compton) has been added as an executive producer on the project, which will now be simulcast on History, A&E and Lifetime.

“My career began with Roots and I am proud to be a part of this new adaptation,” Burton, who portrayed Kunta Kinte on the original mini, said in a statement. “There is a huge audience of contemporary young Americans who do not know the story of Roots or its importance. I believe now is the right time to tell this story so that we can all be reminded of its impact on our culture and identity.”

Described as “an original” production that incorporates more material from Alex Haley’s novel than the 1977 miniseries did — and supplemented by “carefully researched new scholarship of the time” — Roots promises “a historical portrait of American slavery recounting the journey of one family’s will to survive… despite enormous hardship and inhumanity.”

Spanning multiple generations, the lineage begins with young Kunta Kinte who is captured in his homeland in The Gambia and transported in brutal conditions to colonial America where he’s sold into slavery. Throughout the series, the family continues to face adversity while bearing witness and contributing to notable events in U.S. history – including the Revolutionary and Civil Wars, slave uprisings and eventual emancipation.

“Kunta Kinte began telling his story over 200 years ago, and that story went through his family lineage, to Alex Haley, to my father [Roots producer David Wolper], and now the mantle rests with me,” EP Marc Wolper said in a statement. “Like Kunta Kinte fought to tell his story over and over again, so must we.”

The miniseries is set to premiere sometime in 2016.