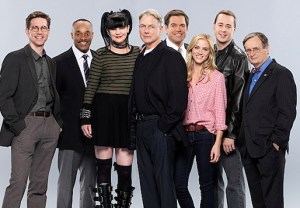 A newly announced NCIS/NCIS: Los Angeles crossover — and more curiously, the timing of it — seems to snuff one theory about the “significant loss” hitting the original series next Tuesday.

Or, maybe, supports it?

CBS’ official twitter feed on Wednesday night revealed that NCIS fave Michael Weatherly will cross over to the LA offshoot as Tony DiNozzo, as shown in the post and photo below:

Interestingly, TVLine hears that the actor’s crossover will actually air next season on NCIS: Los Angeles, suggesting that DiNozzo will not be the big NCIS death (as some have speculated, based on peculiar tweets made by Weatherly).

Then again, why go to the trouble of pre-shooting a Season 7 NCIS: LA episode unless Weatherly is going to be (gulp) “unavailable”?

Note: Neither NCIS nor NCIS: LA have yet to be officially picked up for fall, though our hand-crafted Renewal Scorecard lists each as a “sure thing.” New Orleans was renewed back in January.

Weatherly paid a visit to New Orleans earlier this season, but this marks his first time swinging by the CBS drama’s original spinoff.