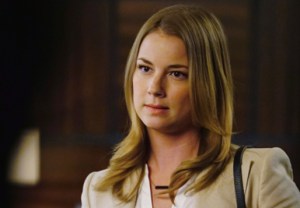 After four twisted seasons, the primetime soap will reach its conclusion in the May 10  series finale, TVLine has confirmed.

Though the writing has been on the wall for some time — star Madeleine Stowe’s recent departure felt like the nail in the coffin — showrunner Sunil Nayar told TVLine that he wasn’t necessarily planning for this to be Revenge‘s swan song.

“To say we’re approaching this as the last season would be wrong,” he said in December. “But we’re not scared to make choices that will make people ask ‘Where is this going?'”

Now that the finale has been shot and screened, Nayar tells EW.com it’s a different story: “We can officially tell our fans that this will be the end of the story. … We’ve been talking to the network and we all just wanted to make sure that we felt very confident.”

TVLine’s Renewal Scorecard has been updated to reflect Revenge‘s cancellation.

With only two episodes left for the ABC drama, how do you hope Amanda’s story ends? Drop a comment with your wish list below.