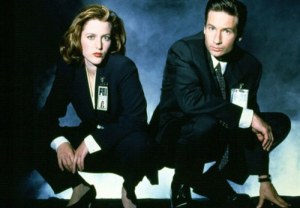 The truth is gushing out now.

X-Files creator Chris Carter is unleashing the first spoilers about Fox’s upcoming six-episode revival, and they include intel on more returning characters, the state of Mulder and Scully’s relationship and much more.

2. Per X-Files tradition, the six episodes will blend “ongoing Mulder and Scully conspiracy saga” with “standalone episodes,” says Carter, adding, “It will all be of a piece, meaning that it won’t feel disconnected.”

3. Although Mulder and Scully will still be a couple, “When we come back we will find that [their] relationship is not where we left it,” Carter teases.

5. The cold open, a staple of The X-Files that started with the pilot, will be back. “We had to get a special dispensation to do a teaser — a little two- or three-minute segment in the beginning that sets up the show,” explains Carter. They had done away with that approach on Fox, so they allowed us to go back to, I would call it, old-style.”