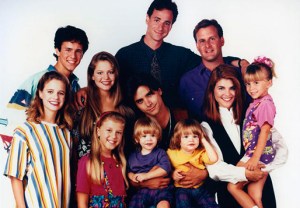 Is Lifetime about to capitalize on the current whirlwind of Full House nostalgia? You got it, dude!

One week after Netflix officially ordered a revival of the ’90s series, the cable network has greenlit The Unauthorized Full House Story, a tell-all TV movie that reveals behind-the-scenes secrets of the show.

Per The Hollywood Reporter, the project will chronicle the cast’s rise to fame, their struggle to balance work with personal lives and the bond that formed among the actors throughout the series’ eight-season run.

Your thoughts on this latest Full House project? Any casting ideas? Hit the comments!