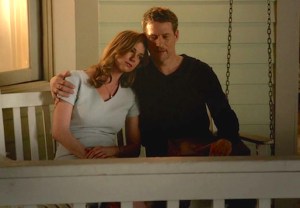 Just like a breath needs the air, we’re betting you need an all new TVLine Mixtape! 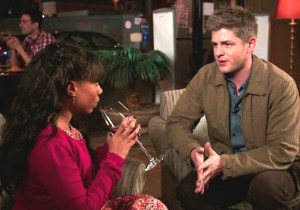 SERIES AND EPISODE | Bones, “The Putter in the Rough”
SONG | “Close Your Eyes”
ARTIST | Split Screens
ALBUM | Before the Storm (2014)
WHY IT ROCKED | The joke was on Wendell when he confessed to Andie about his non-crime: Though he assumed he had broken her grandfather’s clock, it actually hadn’t worked in years. Split Screens’ sweet song accompanied the moment as the pair declared the clock theirs now, claiming it would mark their time together from here on out. 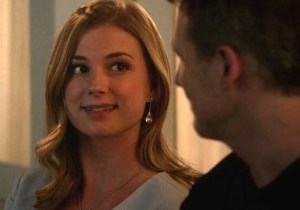 SERIES AND EPISODE | Revenge, “Exposure”
SONG | “You and Me”
ARTIST | You+Me
ALBUM | rose ave. (2014)
WHY IT ROCKED | The acoustic ballad by Pink and Dallas Green speaks of suddenly realizing someone has been with you all along. It fits for David and  Amanda: After all, her revengenda was fueled by the constant thought of avenging his murder and clearing his name. As they flashed back to everything that had brought them to this point, our protagonist pondered what a future without revenge might look like. 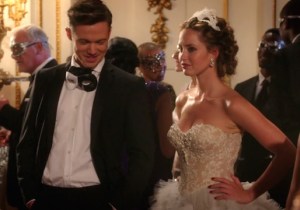 SERIES AND EPISODE | The Royals, “Unmask Her Beauty to the Moon”
SONG | “Suffering You, Suffering Me”
ARTIST | Slow Club
ALBUM | Complete Surrender (2014)
WHY IT ROCKED | We first fell in love with the music of Slow Club thanks to a little show called Chuck. Now that they practically make up the entirety of The Royals‘ soundtrack, we had to highlight one of our favorite songs. In the scene, Nick talked himself up to Ophelia before moving their discussion to the dance floor. 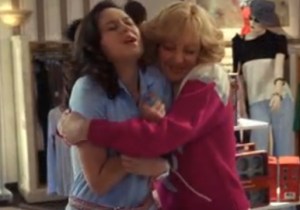 SERIES AND EPISODE | The Goldbergs, “As You Wish”
SONG | “Somebody to Love”
ARTIST | Queen
ALBUM | A Day At the Races (1976)
WHY IT ROCKED | The classic Queen track was aptly chosen for this mother-daughter moment as Beverly and Erica bonded  over their shared knack for matchmaking. 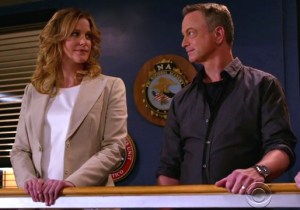 SERIES AND EPISODE | Criminal Minds, “Beyond Borders”
SONG | “Sleep Peacefully”
ARTIST | Lily Kershaw
ALBUM | Sleep Peacefully — Single (2015)
WHY IT ROCKED | Agents Garrett and Lambert probably won’t sleep peacefully before their Criminal spinoff gets an official pickup at CBS, but in this moment they — and their BAU colleagues — looked on proudly as an abducted family reunited after a Barbadian trip gone wrong. 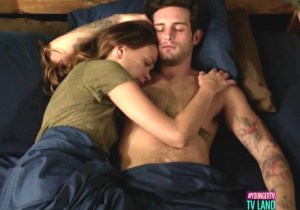 SERIES AND EPISODE | Younger, “The Exes”
SONG | “Wild for You”
ARTIST | Sleep Machine
ALBUM | Cover Me in Gold — EP (2015)
WHY IT ROCKED | If the bed’s a-rockin’, well, it’s probably about to collapse! The rift-heavy rocker about sheer sexual attraction was an obvious choice for Younger‘s anything-but-cold open as Liza and Josh sealed the deal (and broke his bed frame in the process). 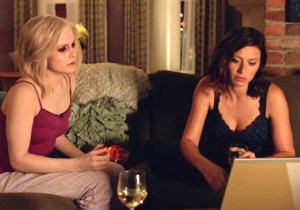 SERIES AND EPISODE | iZombie, “Flight of the Living Dead”
SONG | “Keep It Healthy”
ARTIST | Warpaint
ALBUM | Warpaint (2014)
WHY IT ROCKED | The song about holding on to memories of where you came from played on softly as Liv and Peyton discussed their fond (and not-so-fond) memories of sorority sister Holly (R.I.P.!).