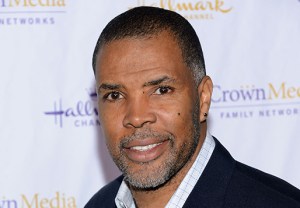 Eight years as an ER surgeon may have been tough on Eriq La Salle — but it will be a cakewalk compared to life Under the Dome.

La Salle will play Hektor Martin, a cutthroat CEO of the energy company run by Barbie’s (Mike Vogel) father. He previously directed a Season 2 episode, “The Fall,” and will get behind the camera again for Season 3’s ninth episode.

Since ending his run as ER‘s Dr. Peter Benton, La Salle has appeared on 24, Covert Affairs and A Gifted Man.

* Luke and Laura, together again! General Hospital‘s Anthony Geary and Genie Francis will reunite as presenters on the 42nd Annual Daytime Emmy Awards, airing this Sunday at 8/7c on Pop.

* Kevin Spacey and Fox News anchor Megyn Kelly will co-executive-produce a drama based on Kate Andersen Brower’s book The Residence: Inside the Private World of the White House, Deadline reports. The project, which examines the relationship between the White House staff and the various First Families living there, will be shopped around to cable networks in the coming weeks.

* History’s Vikings, at the close of Thursday’s season finale, shared this teaser for Season 4 (airing in 2016). Just grin and “bear” it, Bjorn!