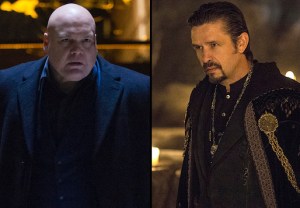 We’ve got questions, and you’ve (maybe) got answers! With another week of TV gone by, we’re lobbing queries left and right about shows including Veep, Supernatural, Agents of S.H.I.E.L.D. and Grey’s Anatomy!

2 | Were you surprised Outlander didn’t cut to black, forcing us to wait a week to find out Claire’s decision? And do you think (as many commenters do) that Father Bain’s testimony at the trial was a well-executed bit of reverse psychology?

3 | Did Helena’s talking scorpion pal on the Orphan Black premiere make you scratch your head in confusion, or was it a much-needed and welcome dose of humor?

4 | Do you watch every Game of Thrones episode with the fervent hope that it’ll be the one where Tyrion meets a dragon?

5 | OK, Veep fans, what horrifying thing did Selina do on Labor Day?

6 | When Once Upon a Time‘s Cruella tricked and put dragon Maleficent to sleep, didn’t the slumbering beast thus block the road she had been speeding down? Also: Evil Pongo?! Noooo. 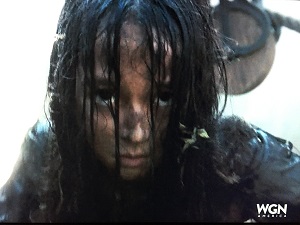 7 | Shouldn’t Salem have done a better job of promoting its guest appearance by Samara from The Ring?

8 | Really, Gotham‘s Leslie? You’re afraid there just might be a late-night intruder when you leave your fire escape window wide open??

9 | Adorable a moppet as he may be, has Scorpion’s Ralph perhaps progressed too markedly just in Season 1 alone? 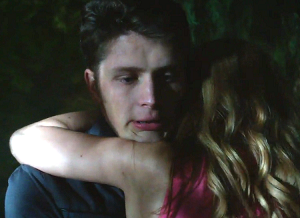 10 | Any other Jane the Virgin fans picking up on some romantic energy between Michael and Petra?

11 | If time was of the utmost essence on Castle as the CIA whisked Rick away from his wedding to, you know, help save the world, why in the season premiere did we see Rick casually drop off the money to pay for the SUV disposal?

12 | How nice/surreal was it to see the Bates family genuinely happy, as they were at this week’s Norma-hosted dinner party? Did that happy feeling inside you turn to dread when you remembered the Psycho fate that awaits them all? And what was creepier: Norman making breakfast a la Norma last week, or Norman sneaking into his mother’s bedroom to cop a discreet feel this week? 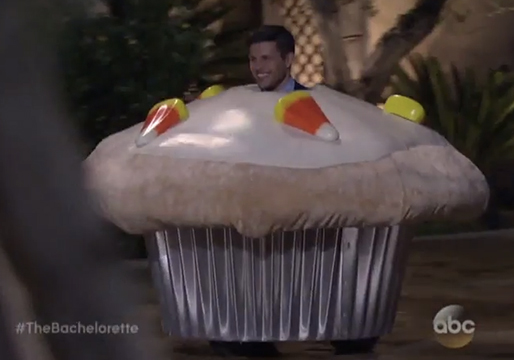 13 | Did this moment in the Bachelorette teaser make you more or less curious about the show’s 11th season?

14 | During that penultimate Agents of S.H.I.E.L.D. sequence, were Coulson and Ward using bare fists to pummel guys wearing helmets? Why did Deathlok just stand there when Bakshi’s goon lobbed something at him? What were the odds that HYDRA had handy an EMP grenade, and then happened to face two guys vulnerable to it? (And what happened to them after they got zapped? Did HYDRA take them?! #SaveLincoln!)

15 | In addition to the many Flash questions raised in our recap: Why in the world were Caitlin and Iris transporting a metahuman criminal themselves, in a regular ol’ car?

16 | On Forever, how angry do you think Hanson’s wife was when he volunteered to make a stop on a family road trip to help Jo with her investigation? And how early in the episode did you clue in to the fact that the motorcycle-accident victim was Adam?

17 | Did the Arrow flashbacks, more than ever, seriously hamper the good stuff this week? (The cut from Hong Kong back to Felicity and Oliver’s “morning after” was 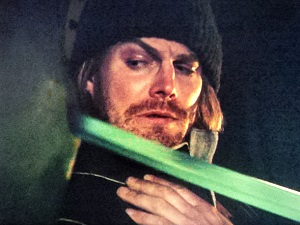 particularly jarring, yes?) Speaking of the s-e-x scene: Do you wish the trailer hadn’t given away so much of it, and had just teased Oliver taking off her glasses? Finally, to Tatsu: How exactly did you precisely aim your blade from behind an opaque tarpaulin, at night?!

18 | Haven’t any of the people taking care of Nashville‘s baby Cadence been briefed on crib safety? (Because of suffocation danger, you never put a blanket in there with an infant!)

19 | Did Supernatural take inspiration from Bewitched‘s Endora in the styling of witch Rowena?

20 | How is it that several hours went by and not a single vehicle passed Grey’s Anatomy‘s Derek and his fellow car-crash survivors? Was that road located in the outskirts of Seattle or on The Island from Lost? As for the actual killing off of [Spoiler] – was it brilliant, cruel or both? (Also, can we take a moment to applaud the way Suburgatory alum Allie Grant literally acted her guts out?)

21 | On Scandal, don’t even “mob doctor” types need, like, a “mob nurse” on hand when doing complicated emergency surgery in an abandoned, poorly lit building? 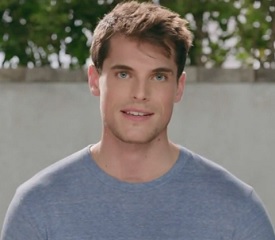 And do you think those two crazy kids Rollo and Gilsa are gonna make it?

24 | How do we get the Verizon guy upgraded from ad on the CWTV.com video player to CW star?