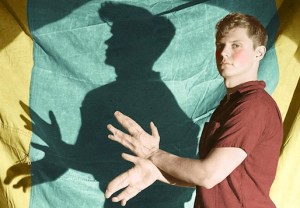 Though details about Peters’ character are being kept under wraps, series creator Ryan Murphy tweeted a small teaser about his role in the upcoming fifth edition:

This season, Evan Peters will be waiting for you in Room 64. #AHSHOTEL

Peters has appeared in every incarnation of the anthology series thus far, most recently playing lobster-clawed Jimmy Darling in last fall’s Freak Show.

Production on AHS: Hotel will begin in Los Angeles this summer, with a debut slated for October.