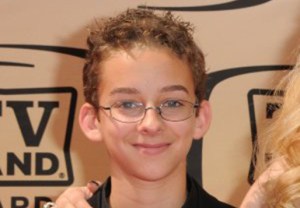 Sawyer Sweeten, who portrayed one of Ray Barone’s twin sons on Everybody Loves Raymond, died Thursday at the age of 19, our sister site Deadline reports. He allegedly committed suicide.

Sweeten played Geoffrey Barone on the Ray Romano-fronted sitcom from 1996 to 2005, alongside his brother, Sullivan (as Michael Barone) and sister, Madylin (as Ally Barone).

Though Sweeten had a handful of credits before Everybody Loves Raymond — including an episode of the Disney Channel’s Even Stevens — he did not act again after the series wrapped.

Madylin wrote to her followers on Facebook, “At this time I would like to encourage everyone to reach out to the ones you love. Let them have no doubt of what they mean to you.”